In 2014, the 200th anniversary of the publication of the novel Waverley, these quotations from Scott’s writings were installed in Waverley Station in Edinburgh.

Scott wrote in his journal (March 1826): Read again, and for the third time at least, Miss Austen’s very finely written novel of “Pride and Prejudice.” That young lady has a talent for describing the involvements and feelings and characters of ordinary life which is to me the most wonderful I ever met with. The big bow-wow strain I can do myself like any now going; but the exquisite touch, which renders ordinary commonplace things and characters interesting, from the truth of the description and the sentiment, is denied to me.

Whoever chose the quotations in the station has included one or two of the big bow-wow strain (‘my own, my native land’) but mostly they have provided some of the abundant evidence that refutes Scott’s own opinion of his work. This is Scott humane and reflective, an acute, kindly and amused observer. They are scattered throughout the station but especially at exits and entrances, so that it’s as if Scott is recognising and welcoming the thousands of people who are there every day, rushing through the place with their minds on meetings or partings, purposes and projects, success or failure, or just the end of a long day’s work. 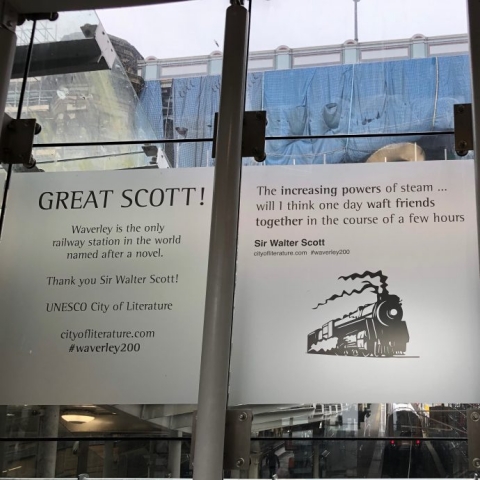 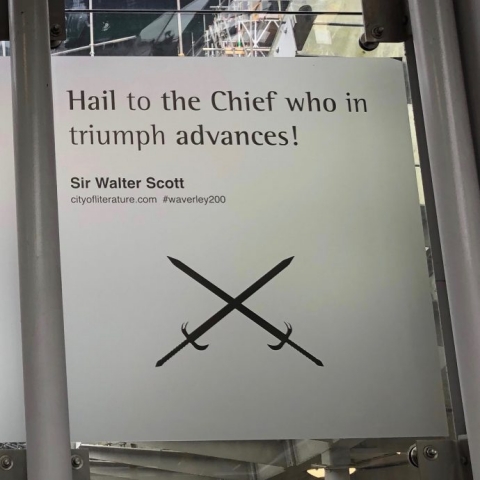 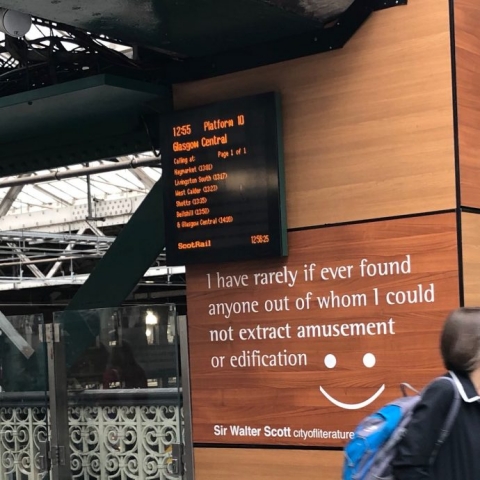 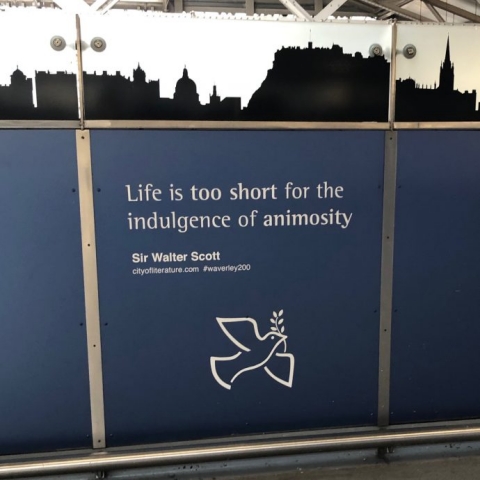 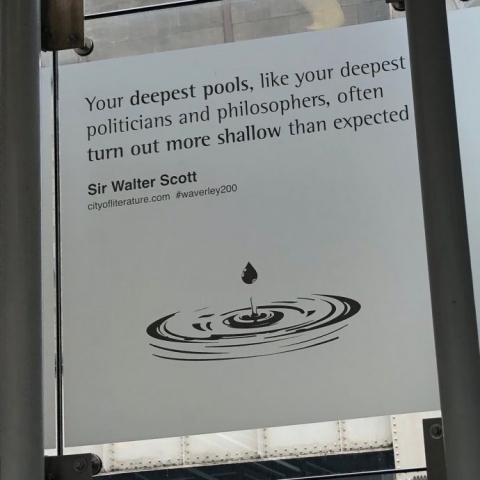 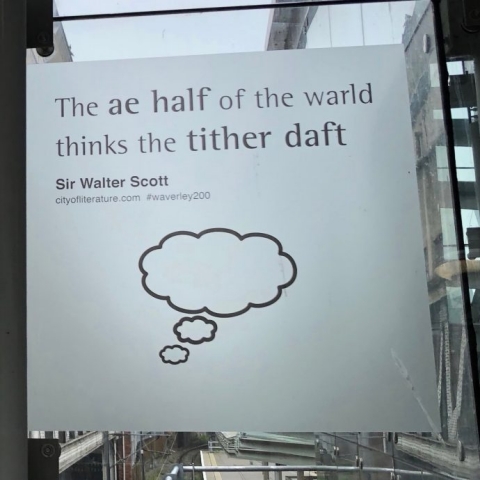 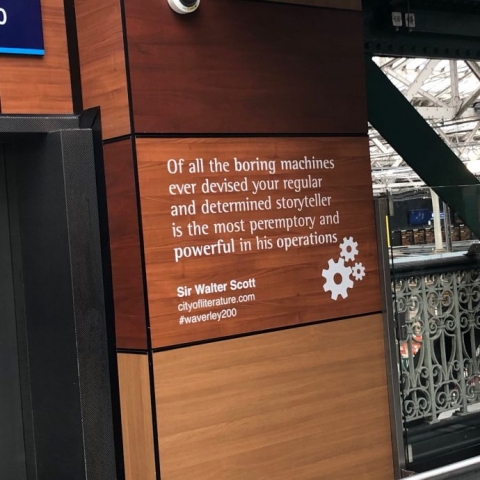 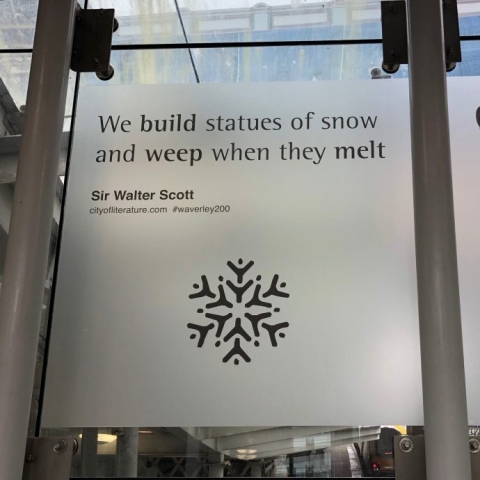 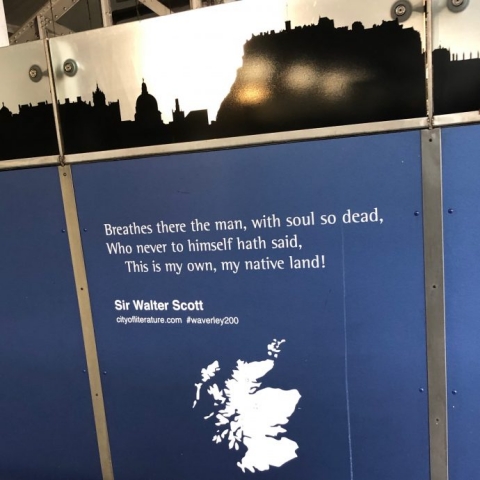 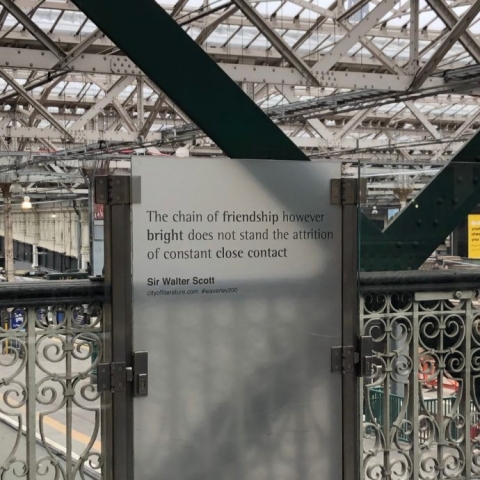 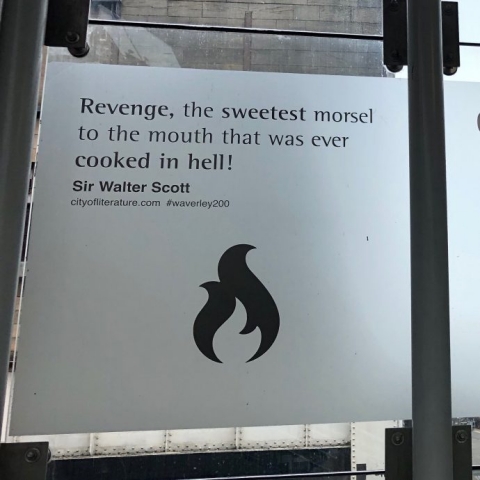 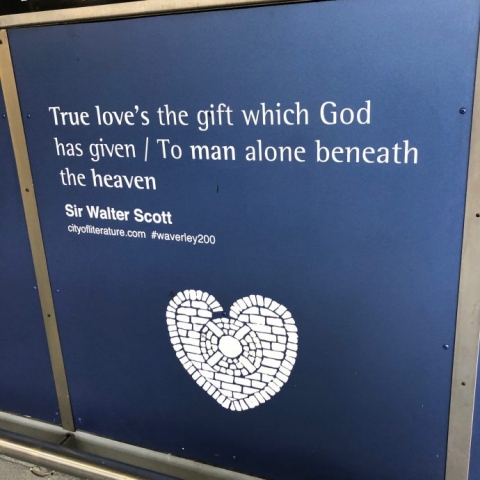 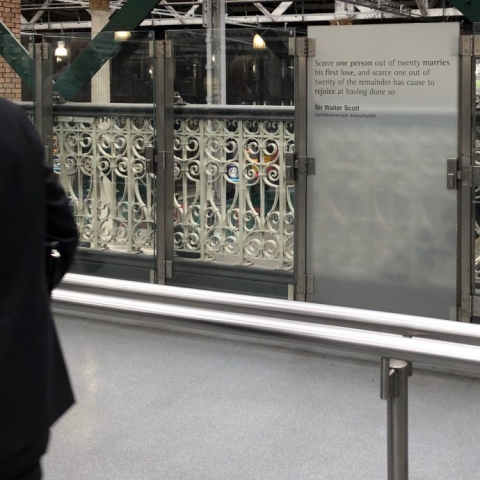 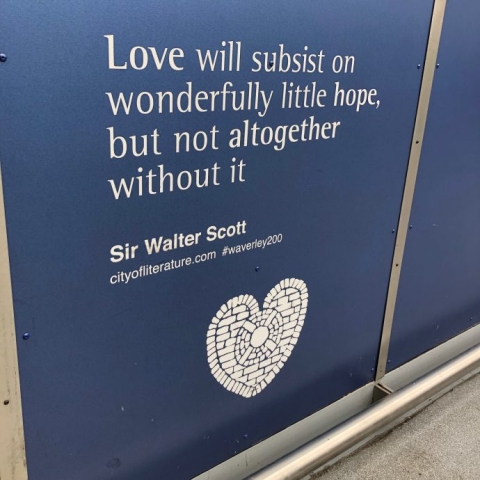 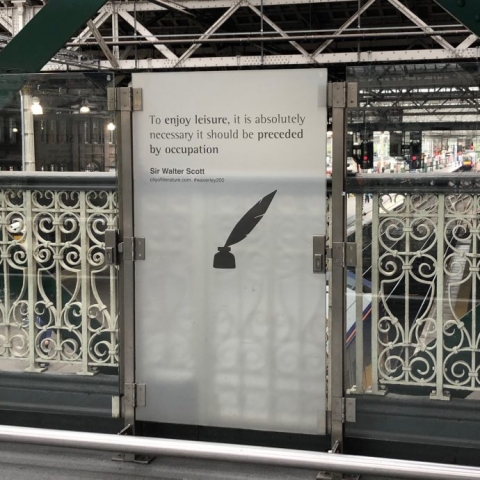